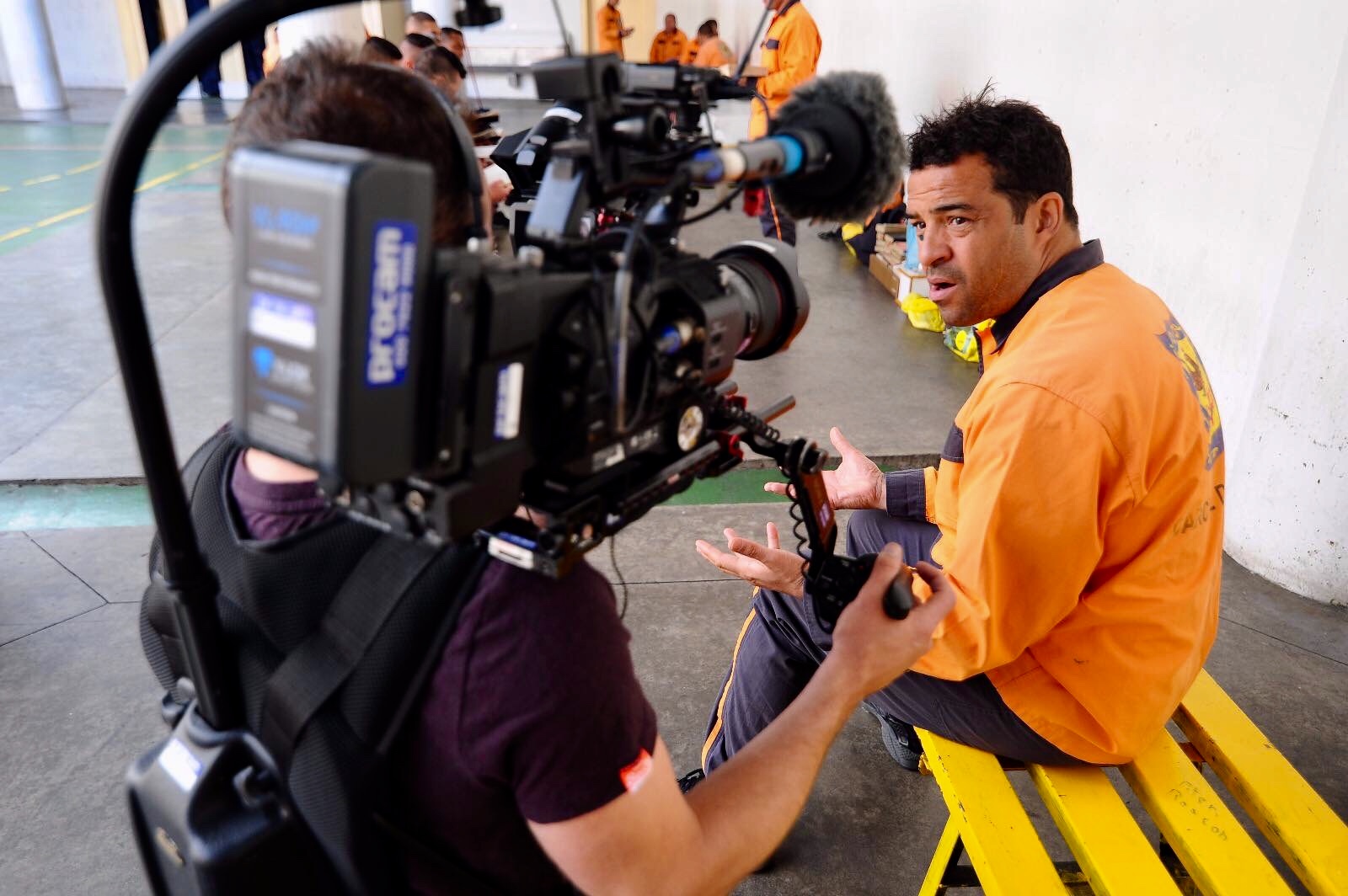 Oliver did a fantastic job for us on my latest production with National Geographic about 1 month ago. Managed to get us access to some difficult subject matter, assembled a strong local team, and had a fun and sharp attitude all around. Will happily team up again in Colombia and I know he does work in the region (Venezuela in particular). Jefrey D. Allan

I am senior journalist writing for La Presse, a major French language daily in Montreal, Canada. I worked with Oliver last November while reporting on Venezuelan refugees in Colombia. I found Oliver extremely professional, well organized, efficient, energetic, and passionate about our work. He provided me with contacts, ideas and insight. I would recommend him without hesitation. Agnès Gruda

I worked with Durley on a NatGeo documentary I field produced last summer. She was an extremely valuable member of the team, providing support on all aspects of production: from scouting locations, to on-the-ground support, and even helping us obtain material during post-production. She is very organized, a great team player, and a pleasure to work with. RGonzalez

I’ve worked with Oliver twice now: on Gordon Ramsay on Cocaine and an upcoming three-part series on the same subject. I recommended him for three jobs last year and to put it simply, he’s the best fixer I have worked with…anywhere. Superb contacts with officials and the underworld; ridiculously hard working and full of suggestions. Some of my best scenes have come from his ideas. His translation abilities mean that his guide track in the edit is virtually word-for-word and not an approximation (saving a hell of a lot of time in the edit), he is logistical astute (transport, hotels, etc.) and is always trying to get a budget-saving deal; and he is a skilled camera operator when required. I have long had the sense that Oliver treats the productions he assists as though they were his own which I guess is where his unquestionable professionalism comes from. He is a calming presence and a thoroughly pleasant person to work with. Johnny McDevitt

We used Oliver for a series about drugs and he delivered access to a huge range of contributors and locations. He is very efficient and hard working. Couldn’t have done the series without him. Marie Frellesen

Oliver was one of the best fixer / field producer’s I’ve worked with. Brilliant set of contacts, professional, supremely competent and good fun to work with. Nick Blakemore

Oliver is a fantastic fixer, he is efficient smart and very good at his job. Susie Field

I would highly recommend Oli as a great fixer. At the end of last summer we filmed in Medellin and Buenaventura for a series on the ‘drugs trade’ for C4. From the offset, he had some good suggestions on stories and characters that we might want to film. He is highly respected by people on the ground as he is trustworthy which meant he delivered on good access to characters in the organised crime world which is what we needed. He always went out of his way to secure access for us, and if things fell through he was good at suggesting alternatives. In regard to the set up of the shoot, he was very organised and quick to respond to any requests we had on UK end in regard to scheduling etc. Jules Hawkins

I have worked with Oliver on a couple of occasions and can highly recommend him. He has great contacts, is a talented journalist digging out stories and characters, hard working and very organised. Oliver is highly reliable, he’ll certainly get you what you need and is a pleasure to work with.  Marta Shaw

I have used Oliver a number of times, firstly on the Nat Geo series drugs inc to get access to a Colombian coca farmer, and then he secured access to police and criminals for another film about stolen cell phones in a spin off series called Underworld Inc. Most recently he set up access and worked as a translator on location at a prison in Bogota for a new Netflix series I am producing. He also arranged a v good drone operator and Soundie for the shoot. Oliver is efficient and organised and has excellent contacts for both police and people involved Colombia’s cocaine business . I have recommended him to numerous colleagues working on productions in Colombia and wouldn’t hesitate in saying he’s one of the best I’ve worked with. Tom Willis

Oliver worked on Underworld Inc, and set up a shoot for us in Colombia.  I would definitely recommend him.   He was extremely helpful covering editorial and also logistics. Melanie Burt

I worked with Durley in January this year on a production tie Red Bull for which I was the Production Manager. I found her to be highly efficient, diligent, professional and a good problem solver who remains calm under pressure and was also a very reliable and friendly person. Debyon Pinnock

I have worked with Oliver many times and can wholeheartedly recommend him. He is talented, hard working and trustworthy. He gets the job done, and done well. Ioan Grillo